ADHD is complex and unpredictable at the best of times but over the past few years, I’ve noticed that some of the behaviours are more common than others. One of the main ones that I see more and more regularly in my context is that of over activity. Without getting in to the science of Special Educational Needs, I have picked up a few tricks along the way which I found to work for me.

Face it, sometimes concentration is hard. When it comes to extended writing for a prolonged period some children struggle. I always like to keep a drawer of bits and bobs and one of my favourites is stress balls. Usually used for a drama-style warm up or to reinforce turn-taking in the early days; I’ve found that pupils tend to like these. In this case, the act of squeezing a ball during writing really helped some pupils to focus on their own ideas and structure their writing which then enabled them to produce more thoughtful and focused writing. Some found it particularly useful in exam scenarios; concentrating on the action and their writing reduced the stress of the situation. 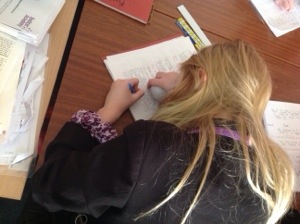 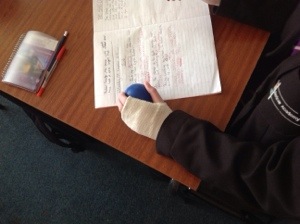 In a similar vein, we discovered an alternative use for surplus lanyard cords. Similar to the motion of stretching an elastic band, the action of wrapping the cord around the hand (not too tight of course!) offered some children enhanced focus and ‘worked’ to present similar benefits. 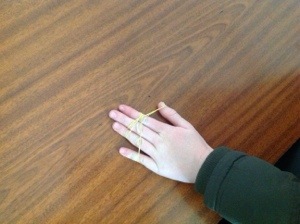 Finally, the good old mini whiteboard. I’ll be honest I’ve never really been a fan of these, the temptation to draw the most obscure and often inappropriate pictures being more entertaining to peers than perhaps what they should be doing is always a worry! Although if they are used in a controlled way they can be really helpful, particularly with pupils who generally have a scribe. This pupil, as is often the case, had superb ideas which he struggled to formulate and get down. Using TA support, he was able to articulate his thoughts on to the board initially and then adapt until he was happy with both the structure and content of his writing. From a spelling point of view, it was helpful for the TA to write the correct spelling which was then easily identifiable for the pupil to include in his own writing. It gave him a little more confidence to use more challenging vocabulary and structure his ideas. 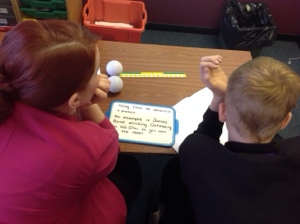 Sometimes in teaching you just have to find the things that work for your pupils, however unusual. If it works for them, it’s all part of the journey.