Being a form tutor is one of the expectations of a full time teacher and one that I am proud to say i really enjoy. I’m on to the second form of my career, the first of which was thrust upon me in my NQT year (much to my delight and immediate acceptance), and which gave me one of the most shaping experiences that I have had to date as a teacher. I’m proud to say that I’m still in touch with many of them today and thoroughly enjoy hearing about their current ventures in to the world of university and beyond. I’m immensely proud of each and every one of them.

When you spend such a large proportion of your time with your form (30 minutes a day roughly equates to 18 hours over the year!) it is almost impossible, not to take an interest in their lives and develop the bonds which stem from this. Depending on what you read, form time can be described as ‘an island of stability in a pupil’s voyage through school’. Although the article refers to vertical tutoring (another debate in itself), i do like this metaphor, lets stick with it. The quality of what we ‘do’ during this time is not only important but imperative; after all we are in the position to provide that ‘island sanctity’ and shape the lives of our little darlings.

The pastoral element of the school day is so valuable on a number of levels and its role, although varied can be used to develop the ‘skills that matter’ as noted in a NAPCE – Reclaiming Pastoral Care document from University of Warwick. Albeit an old paper, but I think the points expressed with regards to pastoral care are still valid. Please feel free to suggest any more ‘current’ research. 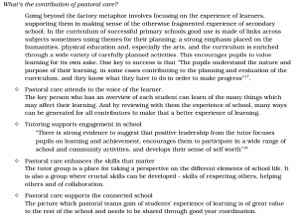 I particularly like the description of one of the roles of tutor time which enable pupils to develop, ‘a perspective on the different elements in school life’ suggesting that ‘crucial skills can be developed: skills of respecting others, helping others and collaboration’. It also suggests that the curriculum is ‘enriched through a variety of carefully planned activities. This encourages pupils to value learning for its own sake’ which encapsulates pretty well, my aim in planning my new tutor structure. With this in mind, I’m always on the lookout for ways in which to engage and challenge them during those brief moments, snatched during mornings and afternoons between uniform checks and before the bell goes and I have to pack them off on their adventures in education.

I caught snippets of a recent Teachmeet and heard (as I usually do!) an idea which made my ears prick. A simple idea, ‘Newsday Tuesday’, the idea of bringing current affairs in to the tutor time arena. Being an avid supporter of BBC School Report I was instantly keen, thinking that anything that can develop the cultural capital and key skills of my delightful form has got to be a good thing! That idea led in to thinking about how to develop what we were currently doing in small pockets, in to a structured group context. An excellent blog on how this structure is implemented in other classrooms is available here from Summer Turner.

As an aside, It’s worth mentioning that I’m very proud of my form (in case you hadn’t picked up on that already!), we’ve built a firm foundation for our collective island over the past three years. We regularly have PSHE days which involve forms visiting other staff for planned sessions on a variety of topics, participating in inter-college ativities ranging from music to sport. I’ve taught them over the past three years, that although it’s wonderful to take part, they should always strive to be the best, their best, in order to get everything they can out of the experience whatever that may be. They represent themselves and they represent me and nothing gives me more pleasure than the raft of emails that I subsequently receive telling me how well they work as a group and how much effort they put in to everything. I’m lucky, they are a fantastic bunch which helps, but it has taken a long haul to get to this point. Regular contact with parents, making the effort to get to know the qualities and situations of each one of them, being there to (attempt to) right all the daily wrongs which life throws at them…

I wanted to build in activities to challenge my very mixed ability form while developing their relationships, ability to collaborate and the notion of valuing learning for learning’s sake; in addition to including the key requisites of: register, notices, signing of planners and dealing with issues. To get them thinking from the outset and sneakily develop their confidence, speaking and listening and research skills was the plan; enter the form time activities programme!

Monday – THUNKing
Being a huge fan of Ian Gilbert’s Thunks and their value, this is a no-brainer! I love the fact that the challenges posed by THUNKs promote the idea of inclusion and challenge; as there is no specific ‘right’ answer, it removes that fear of getting it wrong and promotes full involvement. All pupils know that they will be expected to justify their thoughts, others will challenge them and this leads in to some fantastic debates, promotes higher order thinking and sets the perfect tone for a Monday morning.

Newsday Tuesday
Pupils (I’ve found that we have time for two – over the course of the term each pupil is expected to participate) bring in a copy of / link to a story from the media which had interested them in some way and present it to the rest of the group. My Year 9’s are largely willing to stand at the front and share but of course, this can be adapted for the less enthusiastic. We’ve found that the stories range from the political to the sublime and always lay the foundations for a discussion; often culminating in links being made within a subject or wider world context and providing those who wouldn’t normally engage with the media in this way a starting point.

DEAR Wednesday
This was started as part of a literacy initiative at the school last year and I’ve always enjoyed doing this with my form. Drop Everything And Read consists of pupils participating in silent reading for 20 minutes. This is of course a delight for some and fills others with a sense of dread and horror. I find flexibility is the key to inclusion here. I always bring in my own book and read with them, if you’re promoting something and not doing it yourself pupils often struggle to see the value, seeing it as merely paying lip service. Promote the behaviours that you want to see. Secondly, I always have a book box (each form has one provided at the beginning of the year which offers a varied range of texts applicable to interests and literacy levels), they know that there is ‘no escape’ so to speak and lends itself well to peer mentoring, ‘more able’ supporting ‘less able’ pupils. Finally, I’m happy for them to read a range of materials, some bring scrips, articles, encyclopaedias, kindles and I am happy for them to do so…as long as they are engaging with the text.

Thursday
We usually have college assembly on a Thursday so there’s just enough time to check uniform, planners and notices before tottering off down to the hall.

Music Friday
When it comes to something like music, it can be quite a personal experience which always makes Fridays quite interesting. In the same vein as Newsday Tuesday, two pupils each bring in a song which means something to them (purposely vague brief as ‘meaning’ something can be interpreted in a number of interesting ways!). They must then introduce the song and artist, justifying their choices and commenting on why it is ‘special’. The huge benefit of having such a varied group is that the offerings have ranged from Jake Bugg, chosen for his ‘songwriting ability and genuine musical talent within a scene of samey electric repetitive nonsense’ (liked the emphasis on his having a talent but having to work hard and perfect a skill here) to obscure African folk music, identified as having an ‘infectious and powerful rhythm akin to a sea shanty which would promote productivity from workers on plantations’ (like I say, they are a varied bunch!). The former, was of course familiar to most but it was the latter that formulated a discussion on the role of music, the power of rhythm over words and even resulted in further research from some linking in with cross-curricular projects.

I particularly enjoy Newsday Tuesday. So far we have debated ‘Cannibis, should it be legalised?’ A suitable punishment for the Suarez biting incident and finally the proposals to change the school day. If they are engaged in debate (often heated but always justified) I find that it only are they developing structured speaking and listening in a context; they are subsequently more focused when they leave me (with perfect uniform, correct shoes and no nail varnish of course!). The structure also promotes the correct mindset when entering the classrooms of other staff; they are already thinking about what they can contribute, how they can be a significant part of the lesson.

Although we always make ample time for the necessaries: PSHE booklets, signing planners, report evaluations, solving the many problems of teenage life etc; the daily ‘activities’ also work to promote discussion and develop skills in speaking and listening if high expectations are clearly modelled from the outset. As an English teacher I find this is an area that pupils are so terrified of and it is something that they really need to be able to do well, not just in the classroom but in everyday life. The topics also provide pupils with additional knowledge which can be called upon within subjects as required and develops relationships and collaboration within the group. I am lucky. It is often said that by the time they get to year 11, I could quite easily have a form full of Prefects and College Captains which is great, but remember, ‘no man is an island’ and in our case, the building of skills, relationships and collaboration feed in to the strong foundations of a collective island. It has taken nearly three years to nurture that confidence, instil those expectations and get them to truly value the others around them which has come from investing in form time, but largely from knowing each and every one of them.

Another benefit of the system is that pupils are sharing their interests, developing a wider knowledge of the world in which they live and each other through shared and often totally contrasting views, something which they may sometimes miss in a system which sets according to ability. I’m enlightened every day by their offerings which range from the political, classical and cultural to the sublime. Using this morning structure allows pupils to share and justify their opinions, validate their beliefs as ( occasionally awkward) teenagers and develop a number of skills that compliment those which are classifiable and measurable on an exam paper.

Regardless of the waves and constantly evolving tides of education and curriculum, our little ‘island of stability’ continues to grow stronger. 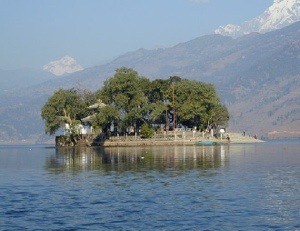